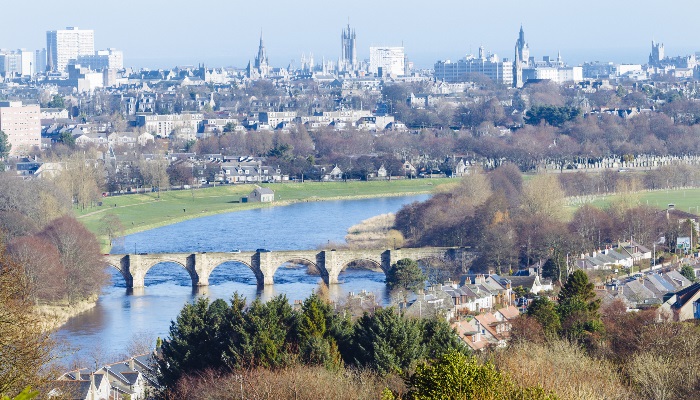 Aberdeen is Scotland’s third most populous City and is home to the UK’s North Sea oil industry.  The city is famous for the distinctive “sparkling” granite stone that has been used in many of the buildings in the city.  Aberdeen is widely known as the “Granite City” in Scotland and has two of the UK’s finest universities in Robert Gordons and Aberdeen University.  Aberdeen is a welcoming and prosperous City, having benefitted from its pivotal role in the North Sea oil industry.

The drive to Aberdeen from Best Western The Crianlarich Hotel is less than 120 minutes - see our suggested Self Drive Holidays in Scotland itinerary for more information and directions.