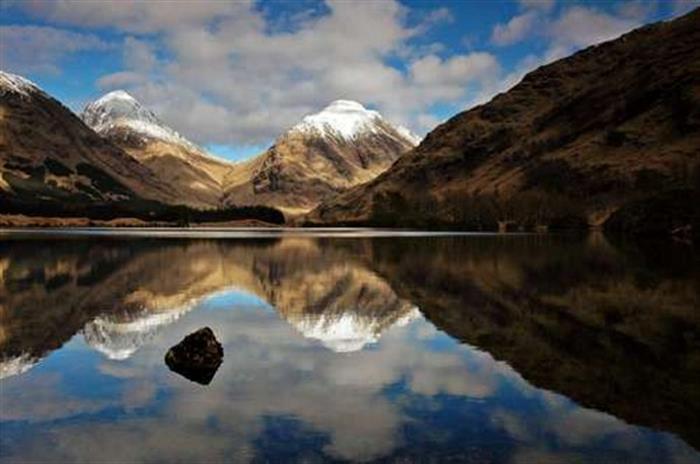 Loch Etive is a significant sea loch which runs north east from its mouth at the spectacular Falls of Lora at Connell near Oban to the southern tip of Glen Etive.  The Falls of Lora is a tidal race that can be witnessed daily from the shore at Connell.  Once a busy thoroughfare, the bulk of Loch Etive is now wonderfully peaceful.  As a result the loch and the surrounding mountain sides are rich in flora and fauna and the loch itself is home to a colony of Common Seals.

The River Etive drains into Loch Etive from its source near Kingshouse on Glencoe, Rannoch Moor.  A small, single track road runs alongside the river for its 18km course to the loch – this road is widely regarded as one of the most picturesque roads in all of Scotland.  The drive back to the main road from Loch Etive rewards the visitor with awe-inspiring views of the twin "Herdsmen of Etive" who guard the entrance to the glen: Buachaille Etive Mòr and Buachaille Etive Beag.

The drive to Loch Etive from Best Western​ The Crianlarich Hotel is less than 20 minutes - see our suggested Self Drive Holidays in Scotland itinerary for more information and directions.