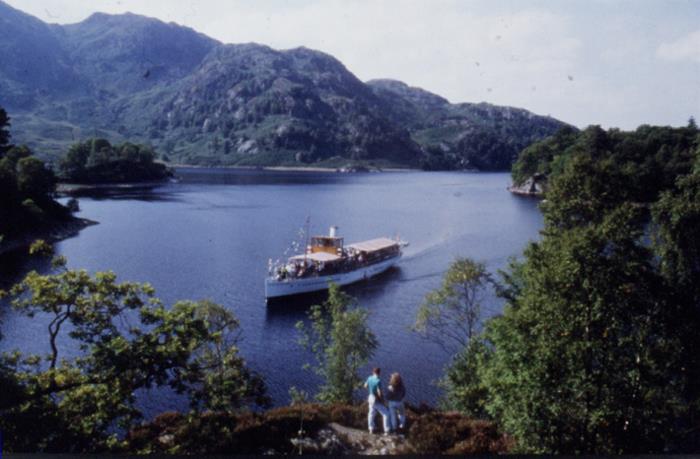 Loch Katrine is a large freshwater loch that has for many years been popular with day-visitors from the relatively nearby conurbations of the Central Belt of Scotland, particularly Glasgow and its surrounding suburbs.  Loch Katrine in fact serves as the primary water reservoir for the City of Glasgow.  The name Katrine comes from the Gaelic word “ceathairne”, meaning cattle thief or peasantry.  This is an unflattering reference to the occupation of many of the folk of the area in days gone by, most notably the Scottish Folk Hero Rob Roy MacGregor who was born on the northern shores of Loch Katrine at Glengyle House.  Of course, Rob Roy was famously once a resident of Best Western The Crianlarich Hotel (before we entered the Best Western family, naturally)!

The drive to Loch Katrine from Best Western The Crianlarich Hotel is less than 40 minutes - see our suggested Self Drive Holidays in Scotland itinerary for more information and directions.