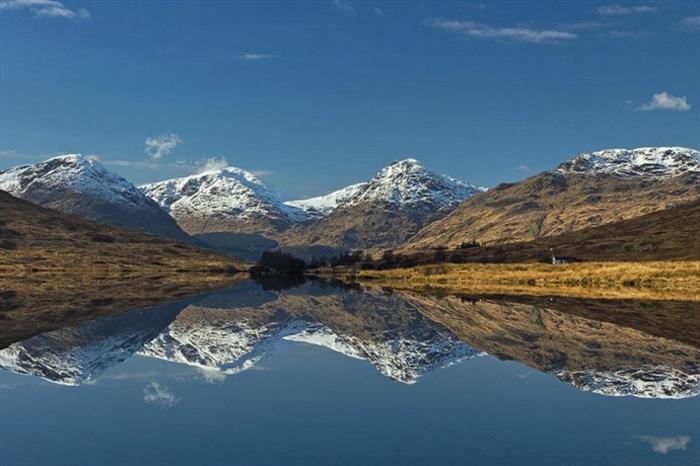 Arrochar sits at the head of Loch Long, part of the sea loch network that is home to the UK’s "nuclear deterent" namely the submarine defence force “Trident”.  The pretty village of Arrochar itself is far removed from the enormous and heavily guarded military installations which is to be found at Gare Loch, at the sea-ward end of the sea loch system.  Arrochar itself is at the Northern end of Loch Long and is overlooked by the eponymous Arrochar Alps and in particular by one of the most frequently climbed mountains in Scotland, the distinctive and rocky “Cobbler”.

Loch Long (litteraly “ship lake”) is a large and beautiful loch now increasingly popular with sports divers, not least due to the large number of wrecks to be found in these waters, many a testament to the extensive torpedo testing carried out here during WWII.

The drive to Arrochar & Loch Long from Best Western The Crianlarich Hotel is less than 30 minutes - see our suggested Self Drive Holidays in Scotland itinerary for more information and directions.